On the 23 April we celebrate the birthday of Blessed Frederic Ozanam (born 1813) and the anniversary of the birth of the St Vincent de Paul Society in 1833.

“And you, who pride yourself on your Catholicity, what are you doing now for the poor? Show us your works”, was the taunt from an anti-religious debating opponent of Frederic Ozanam that led to a meeting between Ozanam and his friends (Emmanuel Bailly, Paul Lamache, Felix Clave, Auguste le Taillandier, Jules Devaux, Francois Lallier) and the founding of the St Vincent de Paul Society in 1833. This date was also significant as it was the twentieth birthday of Frederic Ozanam, a youth initiative by all standards!

The theme of a weekly meeting was agreed with the activity consisting of prayer and house visits to the disadvantaged poor. The group placed themselves, in 1834, under the patronage of St Vincent de Paul and under the protection of the Virgin Mary.

These young men attracted the comment “What can seven young men hope to achieve in alleviating the suffering of Paris?” Fortunately, Ozanam paid little heed to such comments, determined to satisfy his own conscience that he was doing what he could to bear witness to his Christian upbringing by assisting those less fortunate in the community.

An important part of this story, that still holds significance today, is the group agreed to meet weekly to strengthen their friendship, develop and share faith and spirituality and to respond to the needs of those they served. This is in some ways the reason for a Conference, a place where “Confreres” meet to share life, faith, prayer and reflection; not just a place of business!

Within a year after that taunt, membership had expanded to 100 and it became necessary to split the conference (group) into three separate conferences. This “restructure” nearly fractured the Society before it even properly started! At the same time other conferences sprang up in parishes around Paris. In its first decade, the Society spread to 48 other cities in France and Italy and numbered over 9,000 members. After some years, the Society came to Australia. The first establishment was in Melbourne in 1854 with Fr Gerald Ward, which seemed to dissipate after a short while, then significantly to Sydney with Charles O’Neill in 1881.

The Ozanam story is not some story of ancient history that means little to our story today. It’s a living, breathing reality that each day gets added to by the 1,000,000 active members around the world, including the dedicated Vincentians, volunteers and staff who support the Society in fulfilling its mission. The question we should continue to ask ourselves is would Frederic Ozanam, Emmanuel Bailly, Paul Lamache, Felix Clave, Auguste le Taillandier, Jules Devaux, Francois Lallier be drawn to the Society today?

May we who walk in the footprints of our first Conference Members, in the same spirit, live in the same service of love to those we serve. 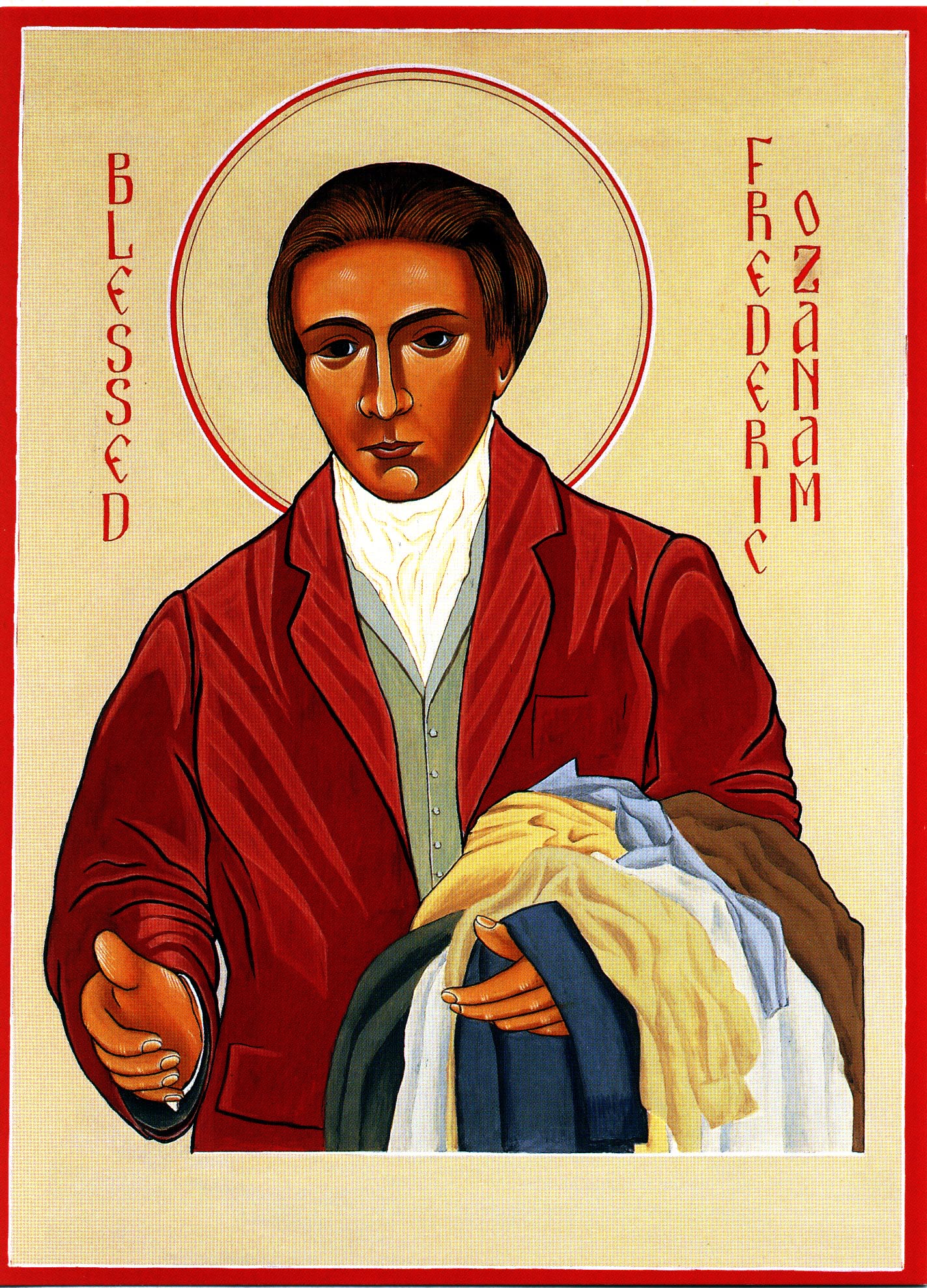 This icon of Blessed Frederic OZANAM is at the Vincentian Shrine in St Peter’s Church, Phibsborough, Dublin 7, Eire.