After months of campaigning the Society’s affordable housing petition was formally tabled and discussed by Members of Parliament. Our petition, which obtained over 16,300 signatures, asked for the NSW planning laws to be changed so that at least 15 per cent of all new residential developments are set aside for affordable housing.

Over 180 members, volunteers, staff and friends of the Society attended the event on Thursday 3 August 2017. John Mara, member from Sydney Arch, expresses the feeling of many of the participants, “I was so proud of the success of the Society’s petition. It was inspirational and uplifting in the finest tradition of the Society and Blessed Frederic Ozanam. I was delighted to be part of the largest number of petitioners in Parliament’s history to ever attend the tabling of a petition.”

Prior to the debate, the Society held a celebratory forum. We heard from Anna and Kathy, two women who had received support from the Society, about how the housing crisis had hurt their families. We also heard from Tracy, a registered nurse, about the struggle of finding affordable accommodation and long commutes to and from work. Damien Tudehope, Member for Epping (Liberal) and Michael Daley, Member for Maroubra and Deputy Leader of the Opposition (Labor) each gave an address.

Mary Yaager, one of the Society members who spoke at the event, shares her experience, “It was an amazing event that highlighted how successful our campaign has been. I was so proud to be there with all our Vincentians who had worked tirelessly on our Right to Home campaign. The atmosphere was electric and there was a wonderful spiritual feeling that we are making a difference to the people in our society who need us most.”

Members, staff, volunteers and friends of the Society then watched the Parliament debate from the Viewing Gallery of the Legislative Assembly.
Key speakers of the debate in Parliament included:

• Damien Tudehope, Member for Epping (Liberal), introduced the petition and supports affordable housing in principle, although he cautioned about disrupting the market and did not commit to a percentage.
• Luke Foley, Leader of the Opposition and Michael Daley, Deputy Leader of the Opposition (Labor), acknowledged that the Society leadership had convinced him to adopt our policy in recommendation. Labor proposes 15% on private land and 25% on Government land.
• Anthony Roberts, Minister for Planning (Liberal), cautioned against feasibility and referred to the work of the Greater Sydney Commission (argues for 5-10%).
• Jenny Leong, Member for Newtown (the Greens), supports a 30% policy and applauded the Society for its campaign, which led to a debate about percentages among the major parties who now accept the principle that affordable housing needs to be mandated. 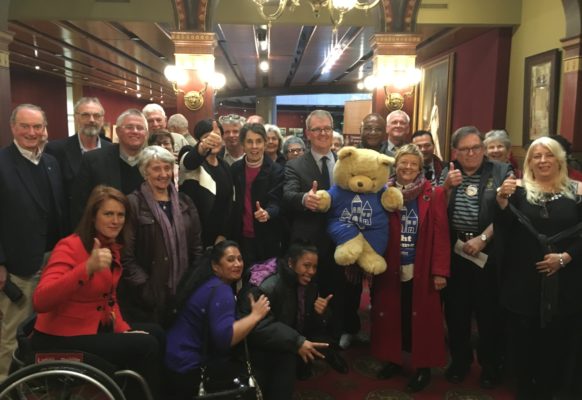 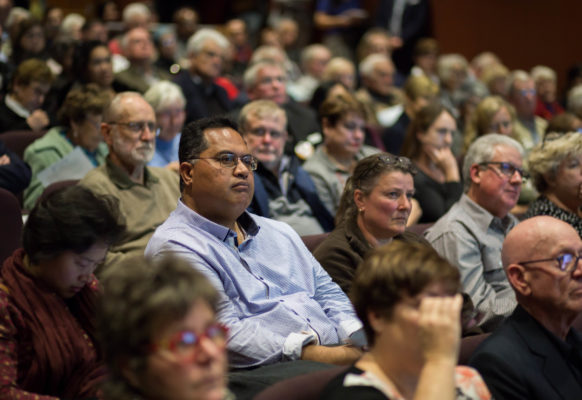 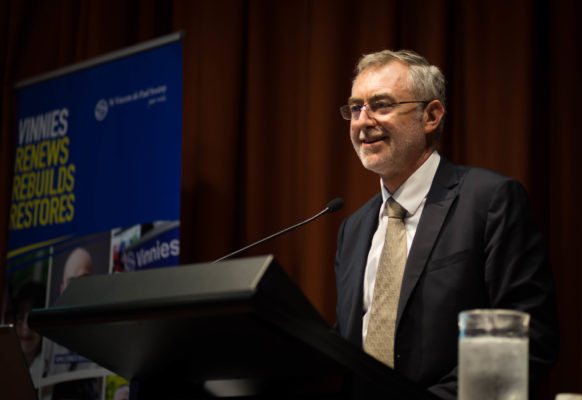