Our members have identified priority areas that are of greatest concern to local communities around NSW. At our previous Social Justice Forums, over 120 members from across the state debated and voted on the most important social justice issues of our time.

Affordable Housing and Homelessness
The Right to Home Campaign

St Vincent de Paul Society NSW’s Right to Home campaign seeks to get the NSW and Commonwealth governments to deliver more affordable housing. Every single community member in NSW should have a home where they can thrive and which they can afford without experiencing housing stress (spending 30 per cent or more of one’s income on rent). We all have the right to a home.

What is wrong with rents and house prices?
The rules that govern the housing market have made it a very lucrative business for investors but many people in the community just can’t buy a property and struggle to keep up with high rents. Many are forced to move far from jobs, family and support. While there is a housing construction boom in NSW, very few of the new units are affordable.

Right to Home Campaign Update
Our petition has been tabled by the Member for Epping, David Tudehope and will be discussed in Parliament on 3 August.
We have collected over 16,300 signatures for our affordable housing petition! A big thanks for all your hard work that helped make this happen.

We will be sending out a letter to all our State MPs to urge them to support our recommendation for at least 15 per cent affordable housing when it’s discussed in Parliament.

On May 29, we received some fantastic news when Labor announced a plan to tackle housing affordability which includes:
Mandating 25% affordable housing on all Government-owned land that is being redeveloped (SVDP are asking for ‘30%’ )
Mandating 15% affordable housing on all new dwellings on privately-owned land rezoned for housing (SVDP are asking for ‘at least 15%’)

Energy Affordability and Cost of Living Pressures
Rising electricity and gas costs over the last decade have become a significant issue for many people
and particularly those on low-incomes. Over the last 10 years the cost of electricity has risen at 4.6
times the rate of Consumer Price Index and gas prices have increased by 17% in the last year alone.

The increasing numbers of households accruing large debts and experiencing disconnection due to
non-payment of electricity bills demonstrates that the existing customer protection system in NSW
is not working. In the five years from 2007-2013 the number of households being disconnected has
increased by 37%, with a total of 24,888 customers disconnected in the 2012-13 financial year alone.

In addition to rising prices, the energy market in NSW is undergoing a period of change, which will have
direct impacts on all energy customers especially low-income households. Some of the key changes
include:
– deregulation of electricity prices in NSW from 1 July 2014 and the adoption of a new National Energy
Customer Protection Framework;
– rising gas prices;
– the State Government’s proposed future lease of NSW electricity networks; and
– technological developments – including the prospect of smart meters and new tariff structures.

Whilst in principle, a deregulated energy market enables customers to proactively shop around for
a better deal, the Society is concerned many people will not have the capacity to do this effectively.
Customers who are likely to remain on the fringes of the competitive market must be adequately
protected so they can remain connected and access energy without accruing unsustainable debts.
Society members see the impact of unaffordable energy bills and help stop people from being
disconnected from their electricity supply. In 2013-14 alone, our members distributed over $4 million in
energy assistance. The Society also offers budget counselling support, assists people to access retailer
hardship programs and supports the work of the Energy Ombudsman.
NSW needs an effective customer protection framework that will be responsive to the current and
future changes taking place.

The Society’s National Council has formulated a National Policy on Refugees, which is supported by the Society in NSW. The Refugee Policy is available on the Society’s website. The National Policy clearly articulates the attitude that Society members adopt in meeting and helping people who come here seeking refuge. It also outlines the principles for which the Society advocates in seeking a just and compassionate outcome for asylum seekers.

A refugee is a person who is outside their own country and is unable or unwilling to return due to a well-founded fear of being persecuted – because of their race, religion, nationality, membership of a particular social group or political opinion. An asylum seeker is a person who has sought protection as a refugee, but whose claim for refugee status has not yet been assessed.

This Social Justice Statement offers practical solutions to effect change in each of these areas and invites our members, volunteers, and the general public to speak up for justice. Together we can work towards addressing entrenched injustices and creating a fairer society.

Social Justice Statement 2015 – How You Can Take Action

Organising a Social Justice Event – Checklist
Organising a social justice event is a great way for the Society to speak out about social justice issues that affect the people we assist. We encourage you to plan events in your local community, at Central Council, regional or Conference level.

State Support Office can provide tips and ideas on how to organise events, big or small.

Click here for a checklist to help you with your event
(Visited 1,367 times, 1 visits today) 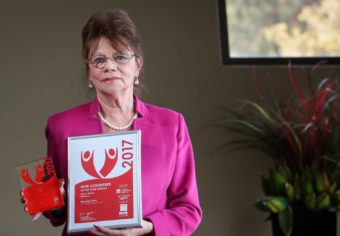 Beverley ‘humbled’ to be named Volunteer of the Year

RECOGNITION: Beverley Kerr received both the Senior 2017 Illawarra Region Volunteer of the Year 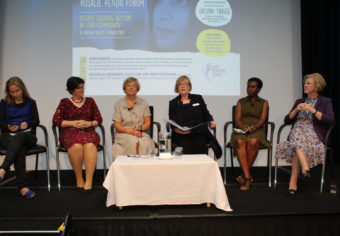 Last month over 150 people attended our 6th annual Rosalie Rendu Forum. We were 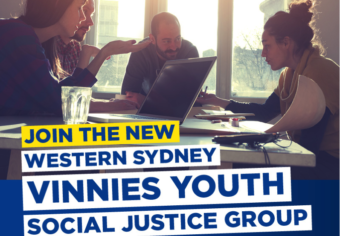