Frederic Ozanam and the Joy of the Gospel

There is so much which we could write of Blessed Frederic Ozanam’s achievements in forming and developing social conscience and social reform which he accomplished in just a short life span. What is the significance of his spiritual legacy and story for the Society’s work today?

Pope Francis in the Apostolic Exhortation Evangelii Gaudium (The Joy of the Gospel) expresses his thoughts of the Mission of the Church, “I prefer a church which is bruised, hurting and dirty because it has been out on the streets, rather than a church which is unhealthy from being confined and from clinging to its own security”
Reflected in these words of the Pope is the Church which inspired Frederic Ozanam. It is a Church which redefines the signs of the times with a Gospel message which is practical, relational, engaging and responding in love.

In reflection on Frederic’s life I believe it can be summed up by the theme; “Grounded in Faith, Growing in Love, Living in Hope”. These thoughts express much of the life, work and legacy of Blessed Frederic Ozanam.

Frederic was a man of faith. He understood the importance of his work within the guidance and nurturing of prayer and spiritual advice.

Frederic was a man of love. His love for God and Church was strengthened because of his relationships with the poor, his confreres and his family.

Frederic was a man of hope. He saw the importance of a legacy of justice and advocacy for the poor. Therefore, it is certainly fair to say that he developed and influenced some of the key principles of Social thought and reform in the Church and society today.

Frederic Ozanam’s vision was for a Church inspired by Gospel imperatives and a model of unconditional compassion and love for the poor. This vision today is echoed in the words and actions of Pope Francis as he leads the church in living the joy of the Gospel. For Francis, as was for Frederic, to serve the poor we must be led by the voice of the poor. The Society must always see that the poor are at the heart of the decision-making, the heart of the agenda and that their voice is the one that speaks.

In this way the journey of the Society founded by Blessed Frederic will be “transforming (their) concern into action and (their) compassion into practical and effective love.” (Society’s The Rule #2.2)

Pope Francis is in many ways today’s champion of the poor. His words and actions have captured not only a Church is difficult times but also the wider secular society. He, like minded to Frederic, expressed that; “Among our tasks as witnesses to the love of Christ is that of giving a voice to the cry of the poor.” (Pope Francis, Address to the Archbishop of Canterbury, 14/6/13)

May the intercessions of Blessed Frederic continue to guide, nurture and bless our actions, reflections, discernments and conversations as we live the gospel message serving Christ in the poor with love, respect, justice, hope and joy, to shape a more just and compassionate society.

Blessed Frederic Ozanam’s vision was for a Church inspired by Gospel imperatives and a model of unconditional compassion and love for the poor.

Story of the Founding of the Society

Facilitating Faith in Action Part A

Registrations are NOW open for the session starting 4 October 2022. The feast of 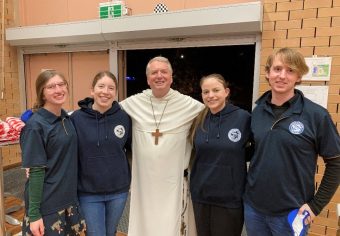 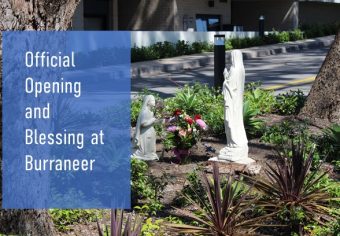 Blessing and Opening at Burraneer 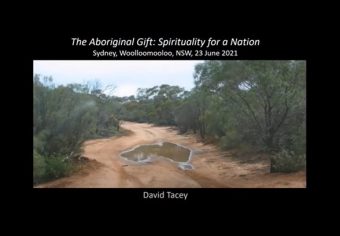 The Aboriginal Gift: Spirituality for a Nation